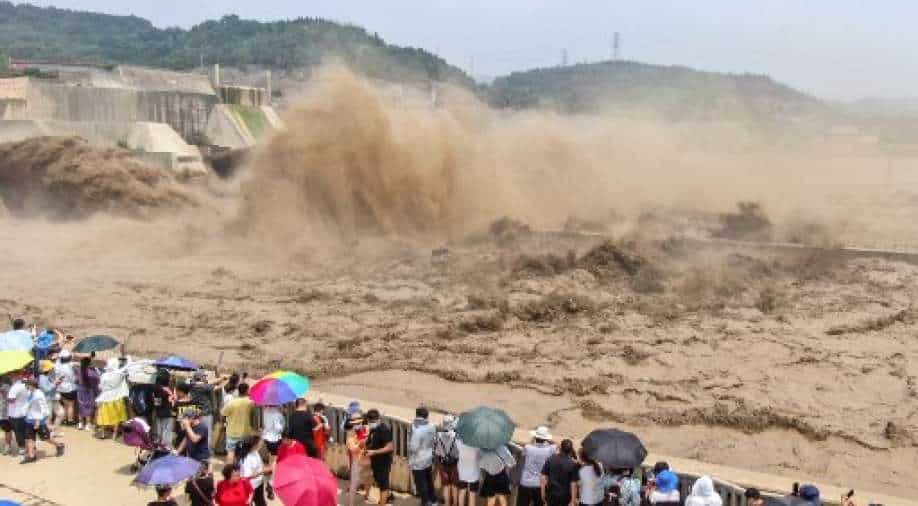 At least 25 people have died, including a dozen passengers trapped in a flooded subway after torrential rains took over central China.

The rainfall in the region was the heaviest since record-keeping began 60 years ago as scientists say climate change is worsening flooding around the world.

At least four were killed in nearby Gongyi city where houses and walls have collapsed.

Also read | We will use nuclear bombs continuously: China to Japan over interference in Taiwan

Li Rongguang, a woman in her sixties, told AFP she came to Zhengzhou to see a doctor but was stranded when trains were halted due to the storm.

“I want to get home as soon as possible,” she told AFP, sitting by the side of the road. “I can’t take this anymore.”
Authorities have issued the highest warning level for Henan province as floods continue to hammer the region.

“Some reservoirs had their dams burst… causing serious injury, loss of life and property damage,” Xi Jinping said, according to state broadcaster CCTV.

“We have already entered the critical stage of flood control, leaders and cadres from all walks of life must… take the lead in commanding, quickly organise forces for flood protection and disaster rescue.”

What is World Heritage List and why is Great Barrier Reef facing a downgrade?

The delta variant is the symptom of a bigger threat: Vaccine refusal