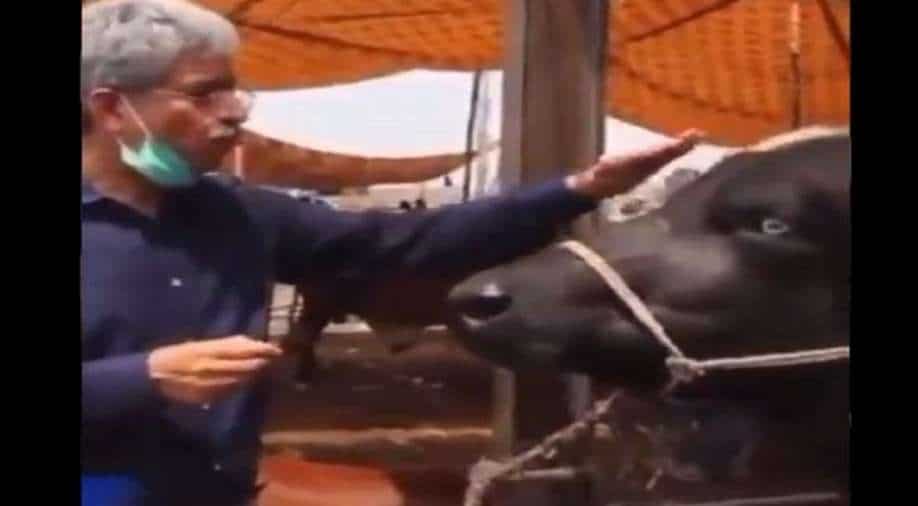 Amin Hafeez, a Pakistani journalist known for his often funny reporting, has returned with another gem.

On the occasion of Eid, Hafeez interviewed a buffalo, as he had done previously, and it appeared to answer to him with a short moo.

“Lahore Kaisa Laga aapko?” was his first query. (How was your experience in Lahore?)”

This is met with a moo from the poor creature.

“Lahore ka khana acha Laga ki aapke gaon ka khana acha laga?” he asks his second question. (Did you enjoy the meals in Lahore or do you prefer the food in your village?)

The video has gone viral on social media, garnering more than 9,000 views. Netizens were left in splits after watching the buffalo’s interview.

Hafeez made headlines earlier last year with a unique segment in which he dressed up as a regal emperor wielding a sword and reciting the news before signing off for Geo News, Lahore.

In tussle between school managements and parents, many miss SSLC exam